The owners of the handheld console Switch wonder if there is a possibility to use their own console for streamed movies via Netflix app. According to tweets we could glimpse a little bit of streaming company.

Switch fans hoping for a Netflix app may have become alarmed a day before yesterday if they saw a certain tweet from Netflix’s official customer service account. Twitter account @NintendoScreenz asked @Netflixhelps if the company is planning to release a streaming application for Nintendo Switch. Customer support answered that there are currently no plans for the Switch console. People from Polygon also asked a responsible person for streaming service Netflix and found out that there is nothing to be announced. Discussion between Nintendo and Netflix are in progress.

"We are permanently trying to find opportunities with Nintendo, but we cannot announce any of the information which would be any kind of useful," says Netflix spokesman.

Spokesman add the old tweet has been removed and new one edited is added. 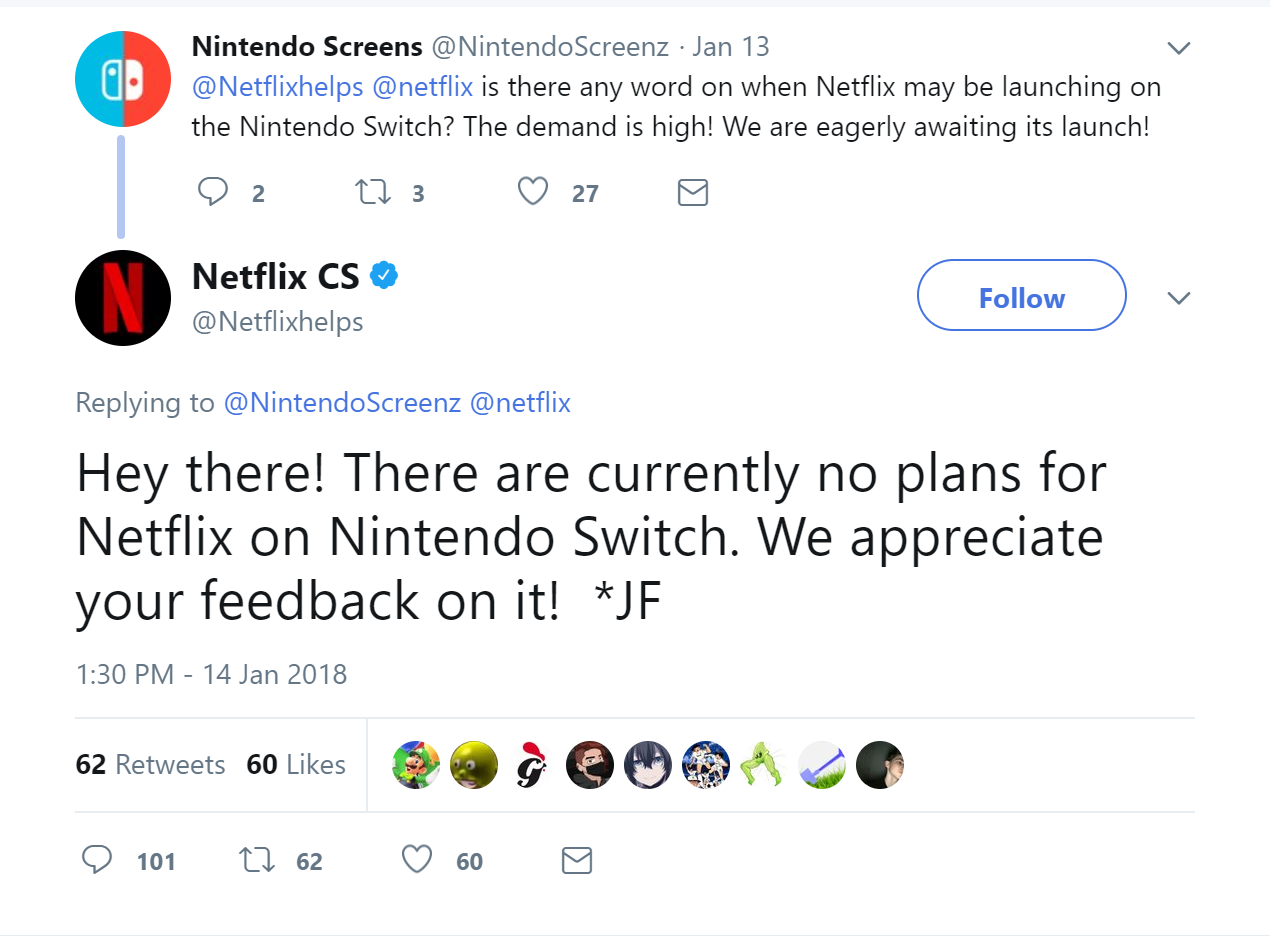 When Switch came out on the console market there were none of functional application which would have offered a service for streaming movies etc... At that time Nintendo announced that on the market are many companies which will, for sure, be interested about Switch such as Netflix, Hulu and Amazon. Ten months later of Switch we still can find only Hulu exclusively for U.S and NicoNico application for Japan.

@Netflixhelps @netflix is there any word on when Netflix may be launching on the Nintendo Switch? The demand is high! We are eagerly awaiting its launch!