Fable Fortune is over

When the first teaser was released, lots of players complaint about it because a sequel to classic RPG was expected. Although, the developers managed to use a new world for a card game. Nowadays, the official message to all fans from Mediatonic announces that the game is over due to lots of competitors on the scene in this genre. The game is shutting down the servers on 4th March 2020.

The game has been accessible for over 2 years and recorded 30 seasons. Now the in-game store is closed, and there is no way to buy a new card pack purchased cards will be still openable.

Fable Fortune will join other card titles which were shut down, for example, Artifact. Let's see the other titles because Gwent is slowly in the doldrums and recently Riot Games published a new card game titled Legends of Runeterra. At this moment, Hearthstone from Blizzard is at the top of the genuine ladder, but also thanks to their TFT version. 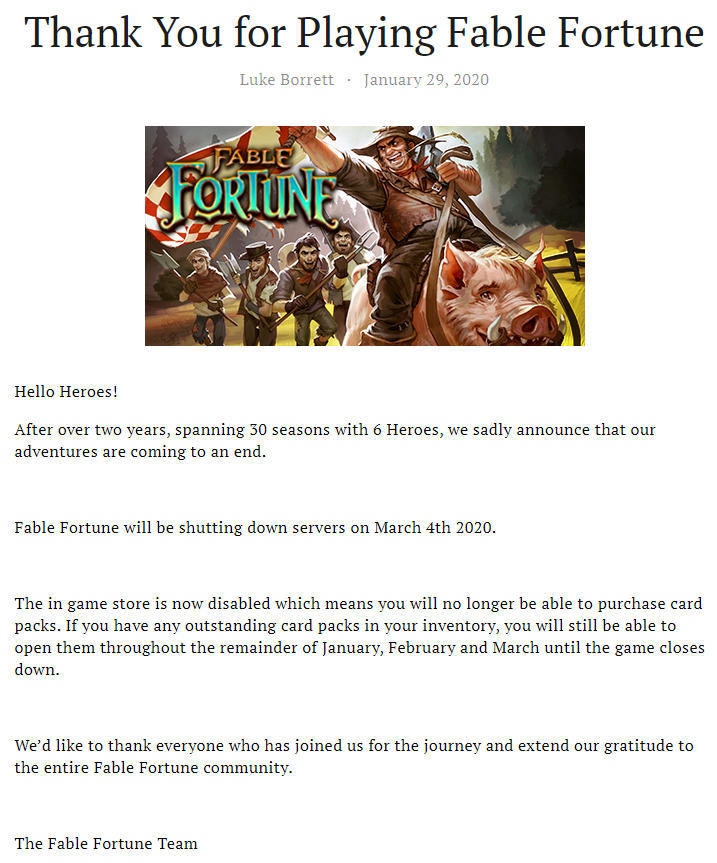