Xbox Game Pass will be available on Windows

Xbox Game Pass is very convenient especially for those players who spend a lot of time by playing several games and like trying new content. The service offers hundreds of Xbox One and Xbox 360 (Backwards Compatibility) games available for only $9.99 per month. Today, it was confirmed that it will be available also on Windows. 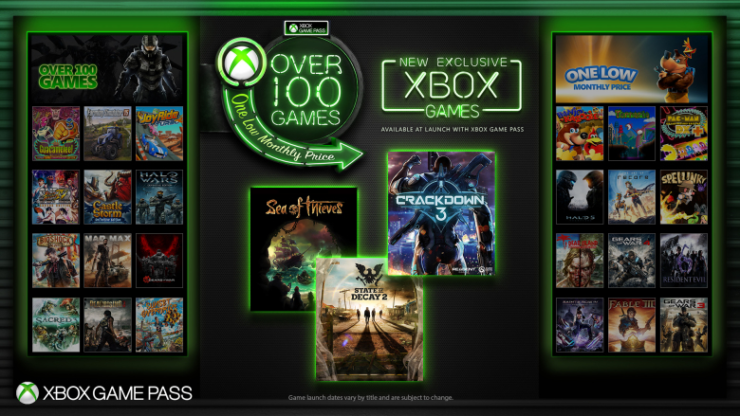 Everything started when Microsoft had announced that the service would start offering the hottest and the newest first-party games (such as Sea of Thieves, Crackdown 3 or State of Decay 2). By this step, Xbox Game Pass became much more attractive so PC players were also asking for a similar alternative. Due to that, Aaron Greenberg posted a new Tweet today where he explained what players can expect.

The Xbox Games Marketing General Manager revealed that if any of the newest games support Xbox Play Anywhere, it will be supported not only after buying it but also after purchasing Xbox Game Pass membership. This means, if you are a member of Xbox Game Pass and the game supports Xbox Play Anywhere, you can play it not only on your Xbox but also on Windows or anywhere else where you are logged in. And you won’t pay any additional money!

Yes if the title is Xbox Play Anywhere you can play the PC version too if you are a Game Pass member.

We must admit that this step was very nice of Microsoft and we believe that many fans will appreciate it. So, it is possible we will be able to freely play the newest episodes from Gears of Was, Forza or Halo franchise anywhere we are. And all this with only a one original copy of the game.