There are still a few days left before the end of November but Microsoft decided not to wait too much and released Xbox Live Games with Gold for December 2017 quite early. Since the next month is going to be focused on Christmas and on the end of the year, expectations of players were very high. Well, the offer is actually not as surprising and massive as expected but players can be still satisfied.

Owners of Xbox One can enjoy, already from the first day of December, a co-op FPS multiplayer game Warhammer: End Times – Vermintide which will be accompanied by an adventure Back to the Future: The Game – 30th Anniversary in the middle of the month. Xbox 360 will get quite high rated game Child of Eden (playable also with Kinect) together with Marlow Briggs and the Mask of the Death which will be again available from the middle of the month. Both latter mentioned games can be played also on Xbox One thanks to backward compatibility, as always.

Now the question is which games Sony will come with within its PS+ games for free offer. And what about you? Are you happy with pre-Christmas gifts from Microsoft? 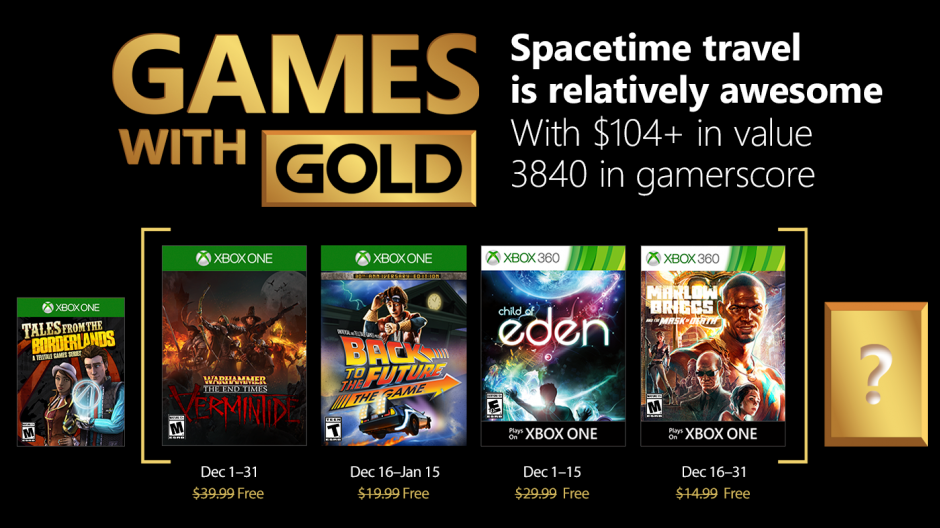