February is the shortest month of the year which gives us another reason to say that this month has passed very quickly and already tomorrow, we can look forward to entering the next month. Due to that, Microsoft is here again to announce the list of new games that all the Xbox Live GOLD membership owners will be able to play completely for free during March 2019. Let’s take a look at it together. 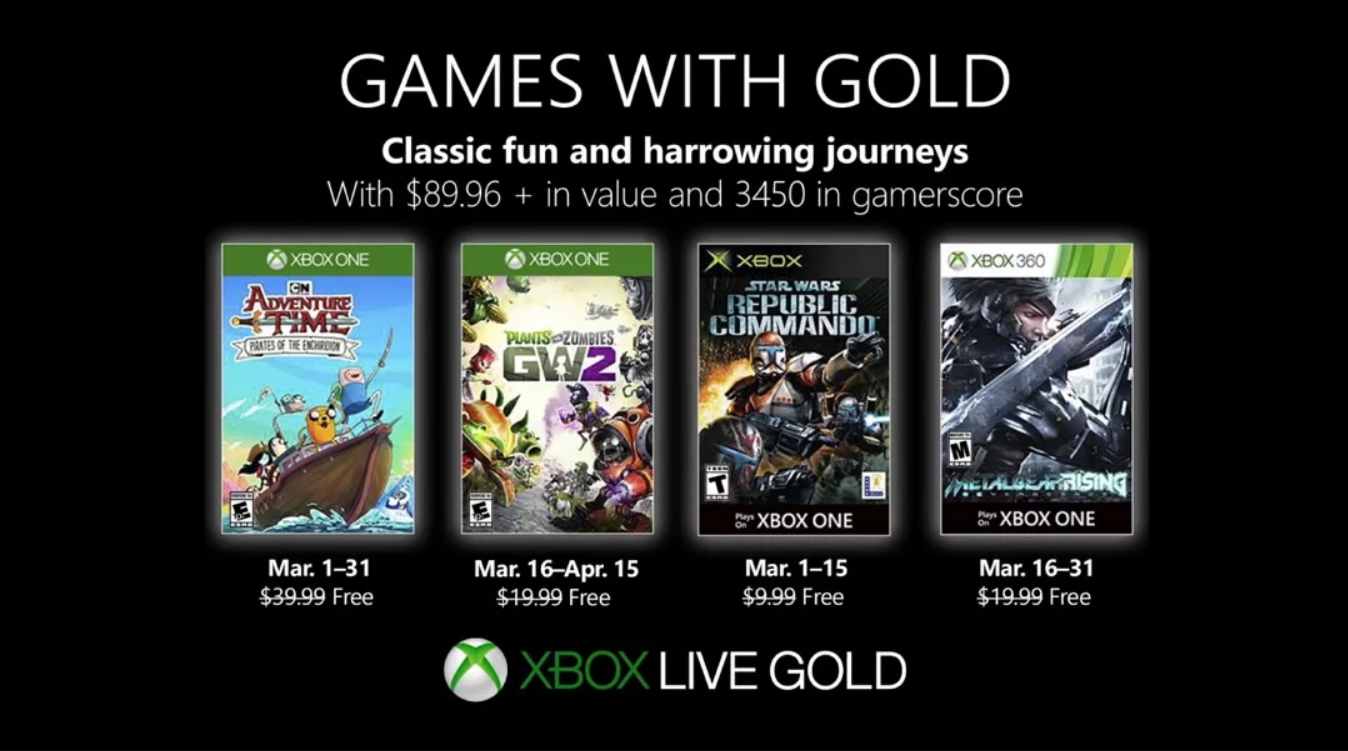 On the latest console Xbox One, don’t expect any huge AAA popular titles this time but despite that, you can still look forward to playing smaller but enjoyable and great games. First of all, Adventure Time: Pirates of the Enchiridion from Climax Studios will come as the first one on 1st March while in the middle of the month, it will be accompanied by Plants vs. Zombies: Garden Warfare 2 from PopCap Games.

Regarding the second duo of new games, Microsoft obviously stopped releasing two Xbox 360 titles (as seen also during several previous months) and instead of that, one Xbox 360 and one Xbox game are made available for free every month. This happened also in March while both these games are really great hits of their times. On Xbox 360, we will enjoy the action game Metal Gear Rising from Konami while the old classic Xbox game is Star Wars Republic Commando from LucasArts. Let us just remind you that thanks to the Backwards Compatibility, both these games are playable also on Xbox One as always.

If you want to learn more, then don’t forget to check out the video below where the newly announced March free games are presented further.