Hackers don't stop before anything, whatever it is. We got used to cracking the game and the practice of experienced programmers who are able to sweep the digital tracks behind and disappear. ReSwitched developers succeed in doing an interesting piece, and during their effort, they revealed a backdoor through graphics card NVIDIA Tegra X1 to get to the Switch source code. And they made it. 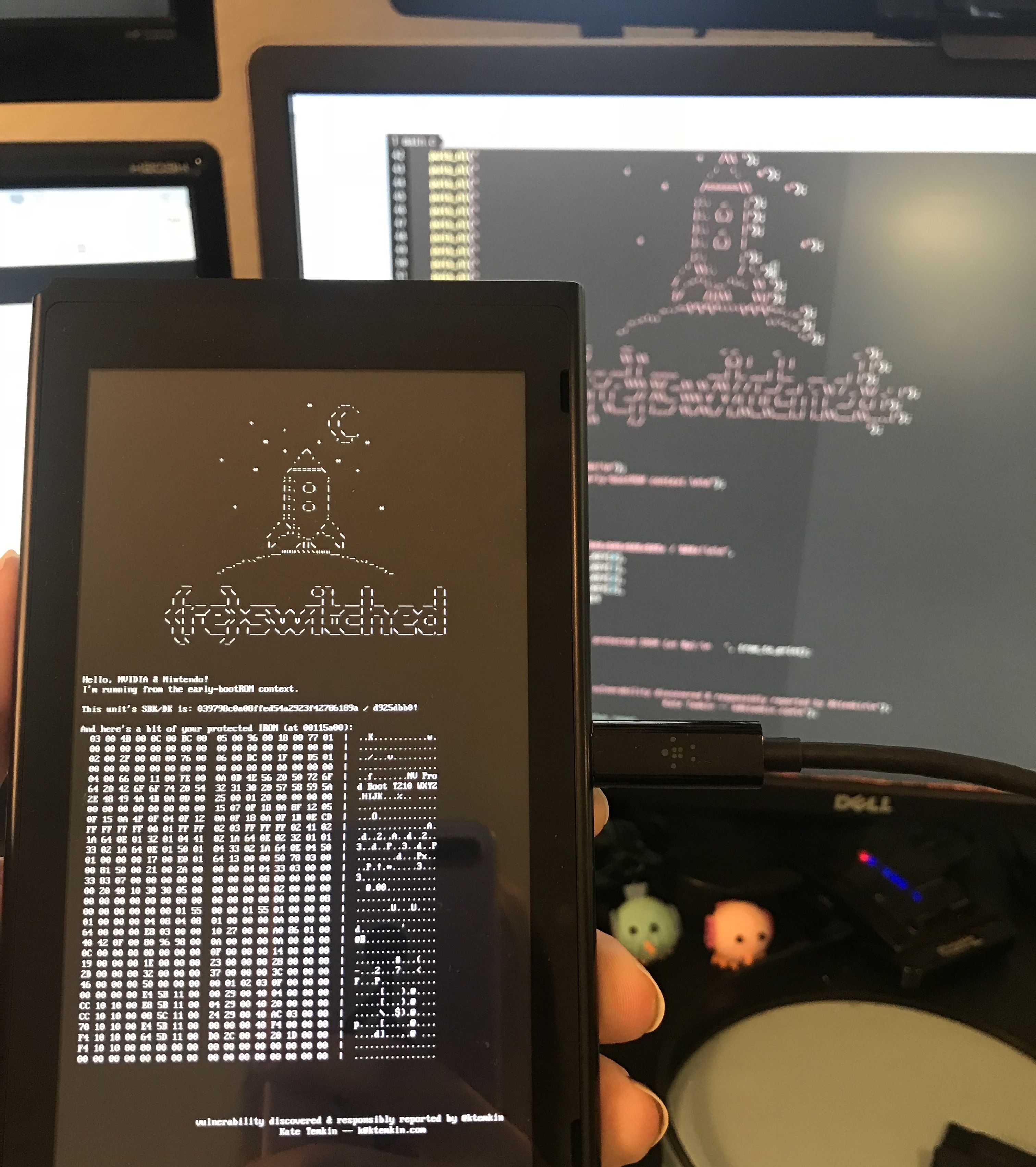 Users of the iOS system used crack called "jailbreak" over a long period with which you were able to download any kind of application in the Apple device, secured or unsecured. Many users came into contact with the interesting applications which you would not download from App Store. During the time, the popularity of jailbreak has faded away, but it doesn't mean that experienced programmers not to try to hack to other devices.

Security explorers from ReSwitched were able to reveal the vulnerability of Nintendo Switch which provides the back door for the developers (hackers) who would want to implement the illegal software in the device itself. "Fuseé Gelée" (Frozen rocket) is called the source code and uses the exploit of recovery mode the graphics card Nvidia Tegra X1 which would normally secure the critical "bootROM". The biggest problem is, Nintendo is not able to fix the issue, so illegal software and games have open doors.

Via USB, there is a way how to get to the source code launching the device to recovery mode of Nvidia Tegra X1 core with the help of shorting joycon. Afterwards, the device is being overflowed and overloaded that much the device is not able to handle that. In the specific moment, the hackers are able to hack into the device and get to the Switch source code.

According to ReSwitched, there is no possibility to fix the issues on the Nvidia side or Nintendo because the problem is technically connected with the device. This problem bear on 15 million already made devices around the world.

As it was mentioned above, there is a chance to play pirated games on Switch device, but mainly, there is going to be the possibility to emulate software which would help the users. For example. Back up of saved positions in the games, if your device would have been stolen etc.

Nintendo has an option to face the future negative consequences. To detect the hacked devices and block the network connection to prevent players using the online services. We will see in the near future.

ReSwitched adds that more information will be provided on 15th June 2018 with details. There is also the warning from several hackers who strictly warn other enthusiasts for hacking not to risk with the device. Every person takes the responsibility for his actions so it can happen that your device will burn or become an Ouya.

More information you can find on Github.com/reswitched.