Poke Ball as an accessory to Nintendo Switch 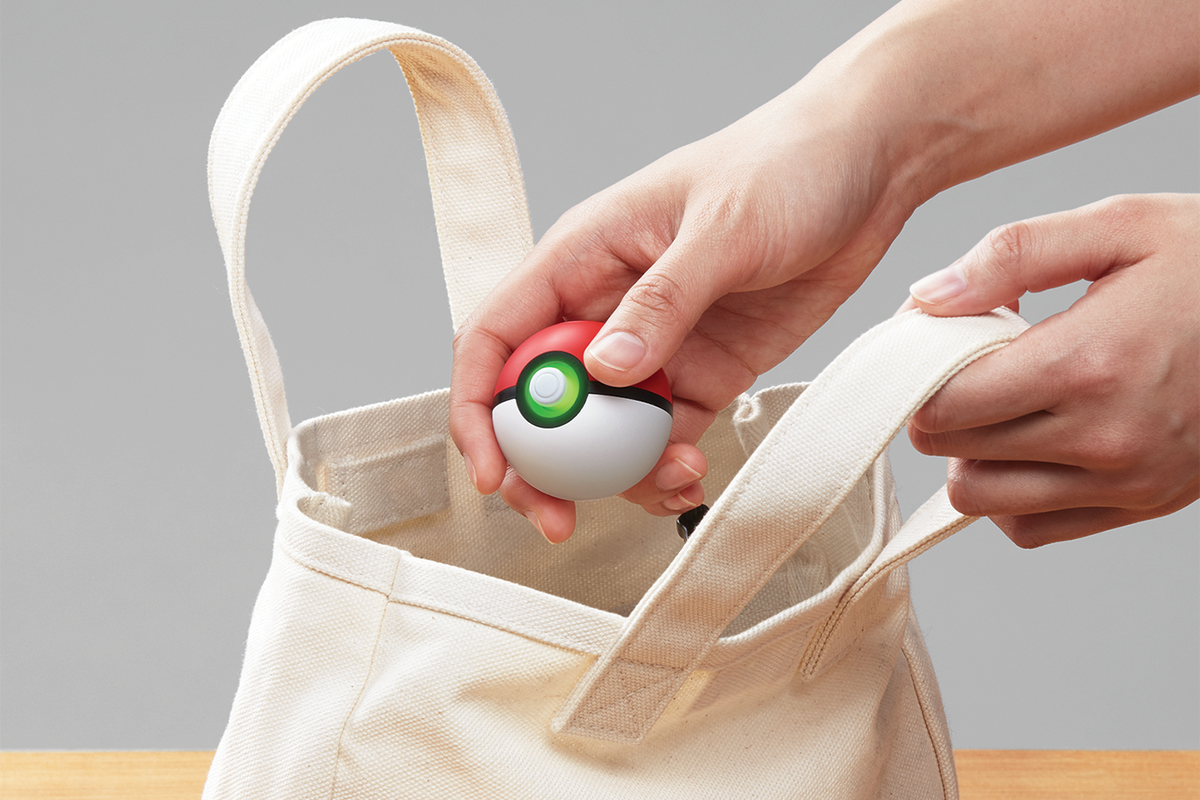 Nintendo is releasing a new device called Poké Ball Plus in November this year which should serve as a controller fully compatible with Pokémon Go and recently announced Nintendo Switch Pokémon games. It will be a device for catching Pokémons to your Pokédex. Although be careful, if you would like to catch Pokémon like Goldeen by the pond I heartily recommend not to throw Poké Ball into the water (alternatively above the water). You wouldn't have to find Goldeen, even a Poké Ball.

A size of Poké Ball should remind you a golfing ball with a little joystick in the centre easy to completely control Let's Go! games on Switch. The best usage could be while duelling where you can move your hands in front of the screen trying to catch a Pokémon.

This Poké Ball should be lifelike. If you try to catch a new monster, a ball should start to vibrate and light up. Pokémon inside is going to emit sounds for better authenticity. The next improvement is the synchronization between Pokémon GO and Let's GO!, so you could set off Let's GO! with a full Pokédex.

And so, most of the dreamers of catching Pokémons in real life become more realistic. Owning Poké Ball without a necessity to start up the application could mean a big advantage for many catchers. Set out on the journey with a goal to "catch 'em all", you will be able on 16th November this year. The price has not been announced yet.