Nintendo Labo will get new Toy-Cons

It’s been some time since Nintendo announced cardboard toys called Nintendo Labo. It’s kind of accessories which you can build for yourself just from cardboard and use it as a Toy-Con to play specific games only on Nintendo Switch. And even though you might have felt like the initial satisfaction was decreasing and Nintendo Labo was starting to be forgotten, this accessory has now been revived. 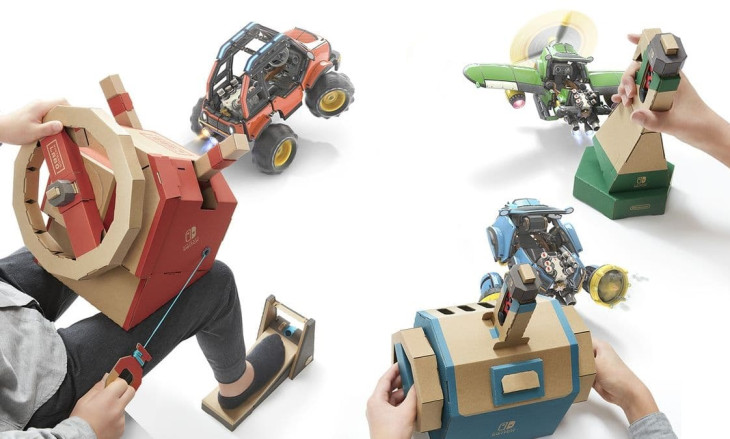 Nintendo has announced that already in the middle of September, we can expect the third package of Nintendo Labo called Toy-Con 3: Vehicle Kit. As the title suggests, you will be able to craft a steering wheel, pedals, keys and many more devices used to control various vehicles.

Moreover, you can freely change the key anytime you want and thus change the vehicle you’re currently controlling directly in the game, no matter if it’s a car, a plane or a submarine. Every vehicle has a specific way of how to control it and the game features a large open world with many various mini-games, so it seems that we can look forward to enjoying a lot of fun this time.

Nintendo Labo – Toy-Con 3: Vehicle Kit will be released on 14th September 2018 on Switch. The newly released video announcing the new kit is available below.