There’s already been some time since the multiplayer game Sea of Thieves was initially released and even though it faced several various problems, it was still a good game which many players enjoyed a lot. Moreover, the regular updates adding new content now help to make the game even better so it’s becoming very good. And exactly one such change has now been announced. 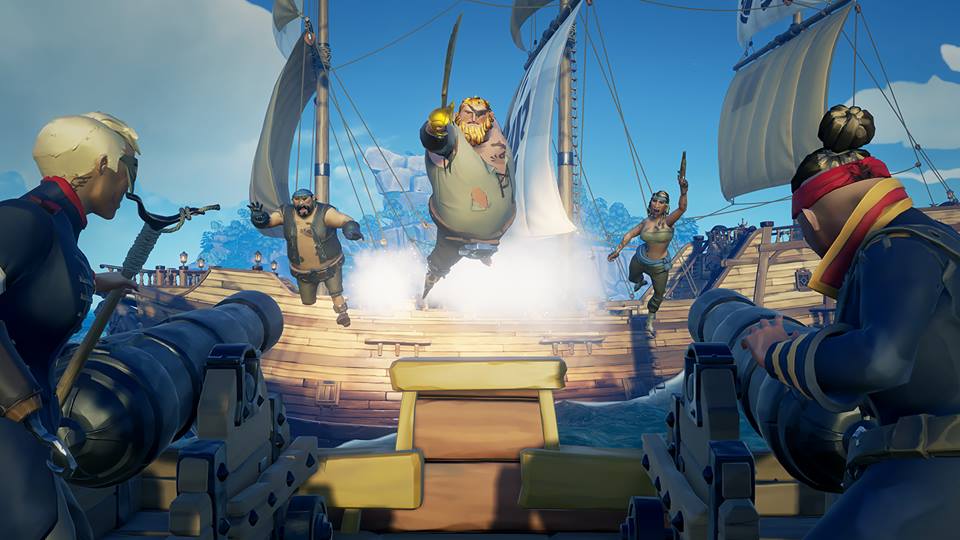 The developers from Rare have announced that their game Sea of Thieves would soon get a new update which allows console players to choose whether to play only with other console players or to join an open world across all the platforms. You may ask what the purpose of such changes is, right? In fact, everything is based on the fact that very soon, Xbox One version of the game will also come with the support of mouse and keyboard so these players will be automatically connected to the open cross-play world. But in order not to somehow bias the players using the original controller, they will be always given a chance to choose whether to join the open cross-play world as well or whether to stay in the world where only players with controllers are present.

With this step, Rare definitely made a great job because they managed to somehow balance difference between using mouse and keyboard and using the controller only but at the same time, they kept the freedom to independently choose the preferred variant. If we then also consider that the new purely competitive PvP mode Arena without any cooperation will be added to the game soon, this possibility of free choice is even more convenient. The new video, which summarizes all the new upcoming changes, is available below at the end of the article.

Sea of Thieves is currently available only on Xbox One and Windows PC.