Big update heads to The Witcher on Nintendo

The Witcher had its premiere on Nintendo Switch last year. Followed by critics reviews, it's been the best port which has even been made, and undoubtedly, the game is huge and highly-developed in detail. Split the compromise due to lower performance and limited storage was not easy, but the developers made it brilliantly.

Huge update in version 3.6 was pointed out recently. Instead of a common fix of bugs and performance stability of the game, it brings the choice to set graphics and cross-save function with the PC version on Steam and GOG. 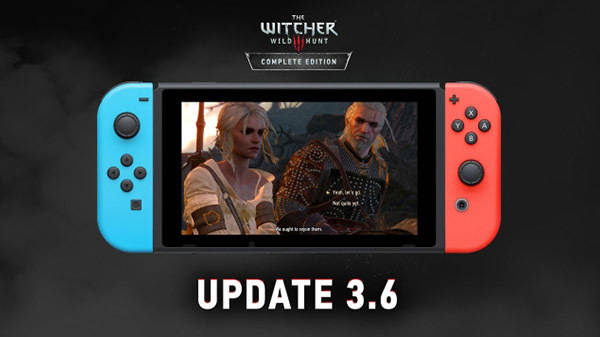 What would The Witcher series look like in the 90s

Netflix is working on the next series from Witcher's world

Henry Cavill's analysis of a combat in Blaviken

The Witcher 3 got PS4 patch

Witcher: `Bathing Geralt` is going to be a new plastic figure